The visit of Chinese President Xi Jinping to the Kingdom of Saudi Arabia lasted
for three days, from December 7 to December 9, 2022. Riyadh greeted him with
an honour unlike any other State has ever shown before. President XI brought a
new vision along a completely new package for futuristic partnership with
Saudis in particular and the Arab World in general. In addition, the new opening
of relations would contribute towards realization of President Xi’s China centric
dream for the BRI (Belt & Road Initiative map), which is to re-connect the world
through land and sea channels.

Concurrently, Kingdom of Saudi Arabia has decided to strategically realign her
policy orientation away from the West (US) and traversing toward the East
(China). As a result, Saudi Arabia is going to form a long-term alliance with
China along other Arab states in order to capitalize on most recent advances in
technology through building new partnerships with most successful enterprises
in the world.

During President Xi’s visit, China and Saudi Arabia have signed 34 mutual
agreements covering a wide range of interests, e.g. information technology,
genetics, hydrogen energy, mining and manufacturing etc. China would assist
Saudi Arabia in the construction of the NEOM, which is a metropolis of
innovations and futuristic trends that have been conceived by Crown Prince
Mohammed bin Salman.

One must keep in mind that it is the time when China is making technological
advancements, while Saudis are looking to buy cutting-edge equipment. Chinese
are transitioning into a multipolar world, while the Saudis are willingly working
to get rid of the unipolar world. To say the least, both countries share a great
deal in common with one another, which argues in favour of forming a long term strategic alliance in the not too distant future.

From Pakistan perspective, at this junction a new pact between CPEC
(component of BRI) and OPEC offers huge business initiatives in current
economic situation which is emerging from President Xi’s visit. In the event that
all of these acronyms are combined and connected, there will undoubtedly be a

shift in the economic forecast for the region, particularly for Pakistan. We can
use this opportunity and build a Sino – Pak – Arab Petroleum & Economic
Corridor (SPAPEC) and turn it into a reality. The adjective “Arab” has been
employed because it is assessed that, in long run, other Arab nations will also
join in this economic initiative.

The geographic proximity of China and Middle East / Gulf region can be easily
bridged / connected through CPEC. Pakistan’s northeastern region is home to
China, whereas the country’s southwestern region is where one will find the
Arab world and the Gulf of Oman (Regional Countries map). Through CPEC,
Pakistan will be able to close this gap and open up new vistas for OPEC, and
vice versa. Should this chasm be closed through the efforts of SPAPEC, it will
result in mutual benefits for all three countries. For Pakistan, on the one hand,
there is the emerging multi-polar power, and on the other hand, there is the leader
of the Muslim Ummah around the globe; as a result, Pakistan possesses a builtin assurances in both the domain of security and economic endeavors. Gwadar
is a Balochi phrase that literally translates to “The Door of Wind.” This visit by
President Xi to Saudi Arabia can transform the beginning of “The Door of
Prosperity Wind” for us. Pakistan has the potential to benefit economically from
trade with both China and the Arab countries with relatively little expense and
effort.

The “Oil City” on the beach of Gwadar in Baluchistan, which is being planned
with the assistance of Saudi Arabia and China, is of most standing of these
projects. As a result, it is able to escape the blockade of the Strait of Malacca
and continue to provide uninterrupted oil supplies to China during the entire
year. In the event that there is a blockage at the Strait of Hurmuz, it can
simultaneously provide secure storage and export petroleum of the Arab world
to any country in the world.

There is a significant amount of untapped potential for the country’s mineral
resources, beginning with Baluchistan and extending upcountry to include ExFATA, Afghanistan, and CARs. Mineral City in Gwadar is going to be a magnet
for the raw materials ranging from Baluchistan all the way to CARs. Even raw
materials from Africa can be brought in, and then, once they have been
processed and turned into finished goods, they can be shipped to any place in
the world via the Gwadar Port.


In the same vein, the establishment of an Industrial City at Gwadar that is
equipped with the most recent technology and trends is the solution that is most
suited to meet the demand. To name a few more, we have the tourism industry,
the fishing industry, etc. Due to the fact that they are still employing antiquated
methods of fishing, the fisheries have the potential to receive a tremendous
boost. The azure waters of the sea, along with the beautiful beaches and scenery,
have the potential to entice tourists from all over the world.

It is a good opportunity for Pakistan to create a Sino-Pak-Arab nexus, provided
that we capitalize on the opportunity and take the initiative to do so. Because of
Pakistan’s geostrategic location, this nexus has the ability to expand and develop
Pakistan in a variety of different dimensions. It is possible for Pakistan to boost
its development by establishing land and maritime ties with the nations that are
geographically adjacent to it. In a similar vein, Gwadar will serve as the primary
hub for the development of western China. Gwadar will become one of the
busiest ports in the world if China moves 10 percent to 15 percent of its trade
from the east to the west and conducts business through the Port of Gwadar.
Gwadar Port will benefit not just from China’s business but also from trade with
the ECO, CARs, and Afghanistan. In the event that India is granted access, the
Gwadar Port will receive an additional boost as a result.

The world is in constant motion, and nations have never been still entities. When
one falls, another rises to take their place. The strained ties that exist between
Saudi Arabia and the United States create an opening for China to step in and
fill the void. On the other hand, the fact that the Arab world has broken free of
the American syndrome is a blessing in disguise. The alliance will have good
repercussions on the economies of the area and the world as a whole, and it will
also energize / synergize the G-20 to realign their economic strategic
partnerships for the future.

The following are the general consequences that will be seen by the primary
regional organizations and countries:

The Shanghai Cooperation Organization (SCO) will play an important
role both regionally and globally if China and Russia work together. The
ability of NATO and the United States to counter it will be difficult. If
Europe’s economy continues to deteriorate at its current rate, it will likely
choose to align itself with China’s rapidly expanding economy rather than
siding with the United States for pursuing aggressive policies.

The ECO has the potential to serve as a link between Asia and Europe.
The primary advantage obtained by China is that her goods require a
consistent market, and Europe is the region that best meets her needs. In
the event that India is granted land access to Europe / ECO / CARs,
Pakistan will be the country that benefits the most from the situation. The
east-west and north-south road communications will bring a significant
increase in the amount of business and commercial activity that takes
place in Pakistan. Within the context of such a commercial endeavor,
India will be incentivized to gain access to the Muslim world by utilizing
north-south and east-west lines.

The CARs can be connected through CPEC with OPEC, creating a north south connectivity that will facilitate the export of their natural resources.
This is a sign of ill luck for the United States and a big setback for their
relationship with the Arab world. China, at the same time, posed a
challenge to his position as the unipolar power on the globe.
For President Xi and China, it is the realization of a lifelong ambition with
relatively little effort required. The BRI will receive a boost from it, and
it will gain access to Arab and Muslim countries. Because it is located in
the center of the Muslim world, Saudi Arabia presents a significant
opportunity for China in all aspects.

Pakistan has a spiritual inclination towards Saudi Arabia. The Kingdom
of Saudi Arabia had always been extending helping hand as a brotherly
country to Pakistan. Both countries future is tied to each other. Sino
investment in the Kingdom & Iran will bring both countries together, and
if that is not possible, it will at the very least prevent both countries from
needlessly escalating the tension. China has the potential to mediate peace
talks between Saudi Arabia and Iran. China will be more suitable for both
countries than the United States.

The Chinese investment of 400 billion $ in Iran is a win – win situation
for both countries. It will contribute a lot to the development of the region.

The growth of the region will pique Russia’s interest so that it can fulfil
its ambition of reaching warm water.

India has been overlooked & sidelined, the shift of focus of Saudi Arabia
towards China will have a negative impact on India’s relationships and
business dealings with the Arab world.

The leadership of both countries, Sino-Arab, must have a long-term vision, think
in terms of the future, and have the goal of interacting with one another on a
regional and international scale. Both nations have leaders who are committed
to pragmatism and who have views and strategies for the future that are forward looking; as a result, they will usher in a new age in both the Arab World and
China.

The development of Pakistan is aided by both a great opportunity and good
indicators.
Pakistan benefits from China’s participation in development.
Saudi and Arab oil businesses favour Pakistan.
The ECO and CAR’s access to Gwadar is beneficial for Pakistan.
The fact that Russia can reach Gwadar is to Pakistan’s advantage.
The utilization of our land road network by India is to Pakistan’s
advantage.

G20 business conducted through Gwadar Port is beneficial to Pakistan.
As a result of the numerous business and trade ventures that are being
established in every nook and cranny of the country, business and commercial
activities will be established, which will lead to the creation of more jobs and
business opportunities for individuals in Pakistan. As a result, this situation is to
the advantage of every Pakistani. 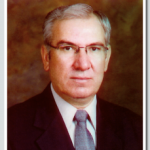